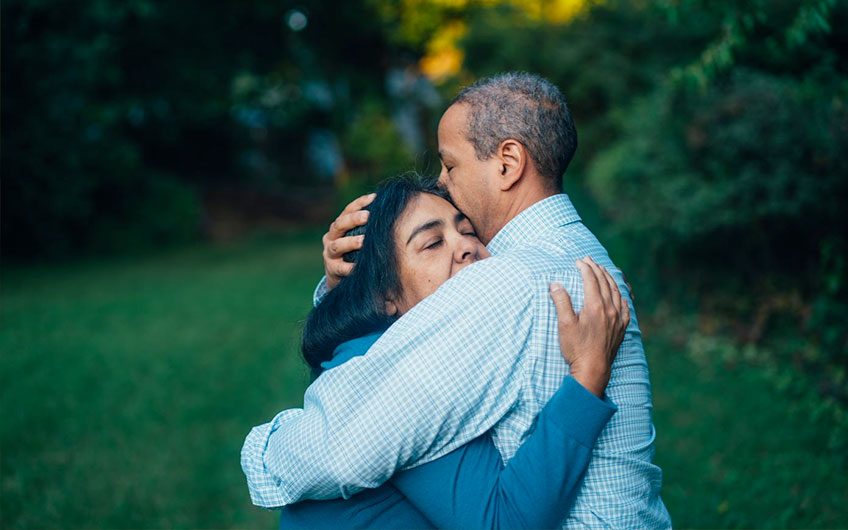 I first contacted PROPS when I found out that our 15-year-old son was using cannabis and NPS. Nothing me or his Dad were doing was making any difference to his behaviour. He just ignored us and even when we told him he couldn’t go out he went out anyway.

I was supported by a PROPS worker who took me through the CRAFT programme. My husband wasn’t able to come along to these meetings as he worked away but I was telling him what I was learning. At first my husband didn’t have much faith in CRAFT. He thought we were the best parents and he wasn’t sure why we needed to look at our own behaviour. However, as I started to work through the programme, he saw that I was changing how I approached our son. He also saw how our son was positively reacting to my changing behaviour.

I completed CRAFT twice, once alone and the second time with my husband. While me and my husband were doing CRAFT together, my youngest son, aged 13, was supported by the PROPS Young Persons Worker. He was given time to ask questions about his brother and he was given an understanding of why I was dealing with situations differently.

The three main things that I learned from CRAFT were positive communication, allowing for natural consequences and consistency of behaviour.

I learned to talk to our son and to give him choices rather shout and lay the law down which he ignored anyway. If our son chose to use drugs, I learned that he was choosing not to be part of family activities. My worker helped me to identify an activity that would help our son think about his actions and for us that was missing going out for family meals. Our son didn’t like missing out, but I always explained that this was a natural consequence of his drug use. If I told my son that I would or would not do something for him because of his behaviour, I stuck to my word. I didn’t give in to his shouting, arguing, or slamming doors. Our son learned that his old method of getting his way no longer worked as I had a new way of managing these situations. I instead calmly told him that I was not going to argue with him, but I would talk with him later. Then I would put the kettle on.

I also learned that we had stopped seeing the positive things our son did and so we started to acknowledge these. Our son has since said that it was our kindness that got him thinking, not our punishments.

With advice and guidance from PROPS we changed our approach to this difficult time and eventually our son, realising that he was no longer able to manipulate situations and was not included in family treats, stopped using NPS and eventually cannabis.

We have good family memories now, memories that at the time I did not think we would have.

Our son has occasionally lapsed, but I have never moved away from my CRAFT skills.